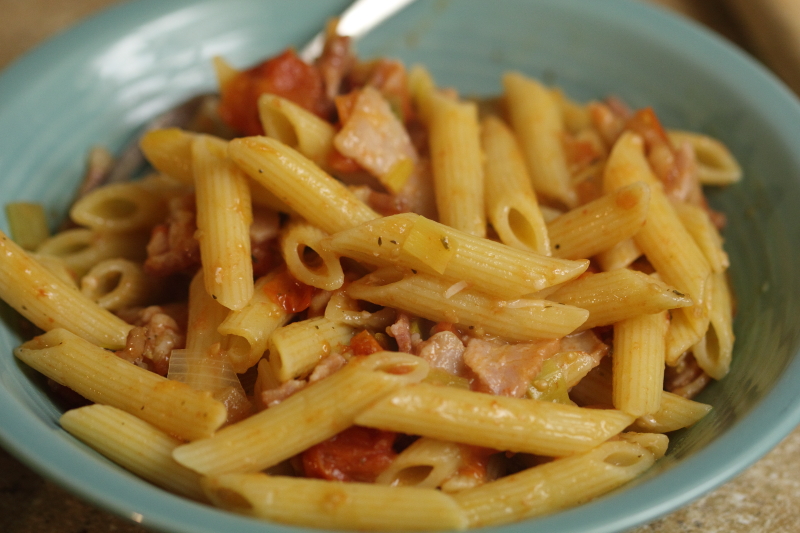 Somehow, I was pulled into this Rachael Ray show dedicated to bacon. She made so many wonderful bacon things and even had Kevin Bacon on. That was pretty cool. At the very end she said she had an easy and excellent recipe for a Bacon Leek and Tomato Pasta. I'm so glad I caught this episode because this stuff is amazing! I made it the same night. This would be a great dinner to make for your love. :) 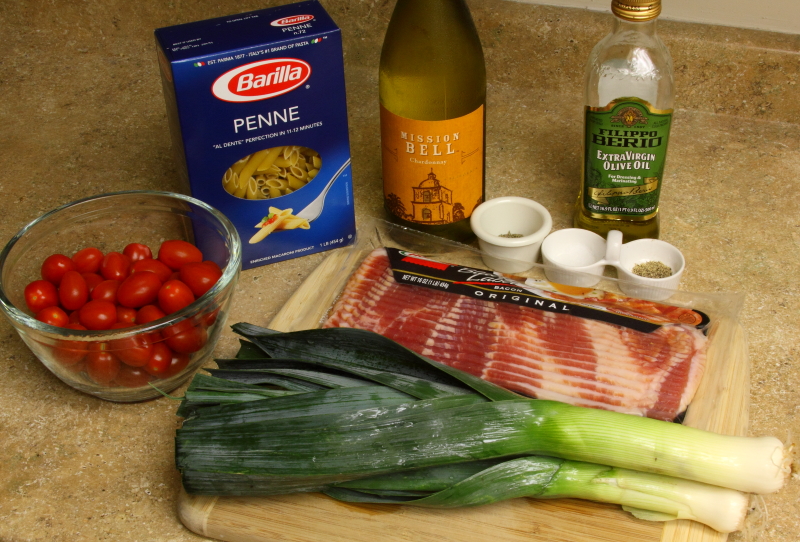 I completely forgot to add the garlic the first time I made it. It was still pretty good but was way better with garlic the next time around. 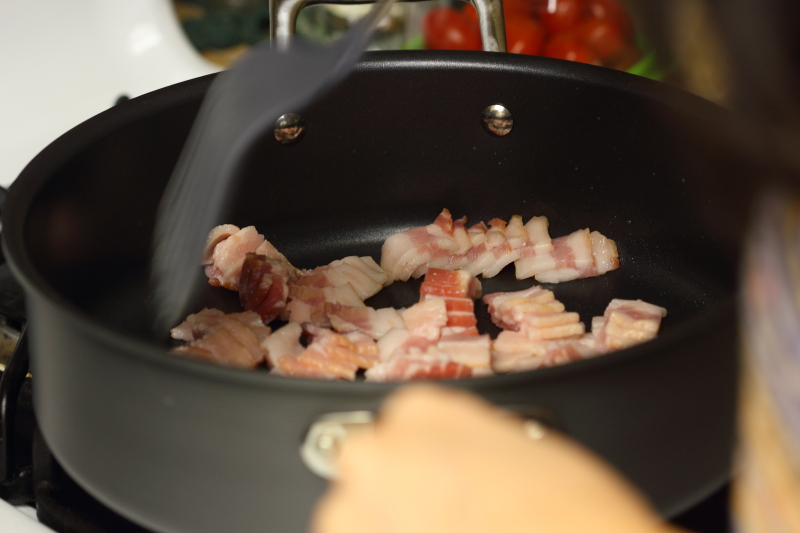 I started boiling the pasta water first. According to Ray, I salted it "like the sea", tossed the penne in and started the sauce. I cut the bacon into bite size pieces. About a 1/2 inch. Then started to sautee that in a large skillet. Make sure your skillet has a cover. 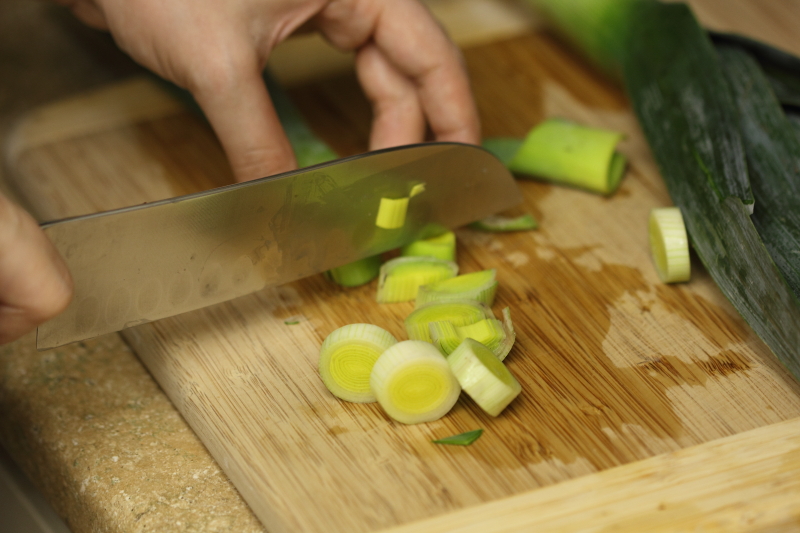 While the bacon cooks and gets crispy start chopping the leeks. Be careful not to use the bitter dark green leaves. Stick with the whiter parts. 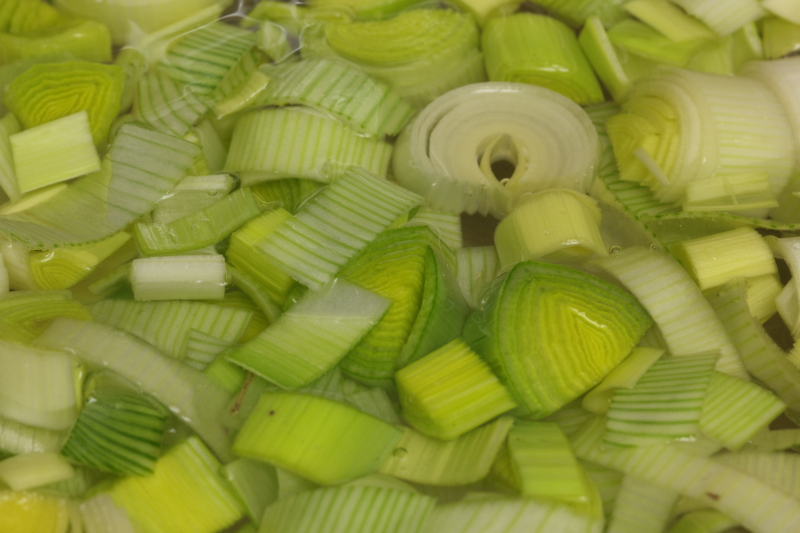 Fill a large bowl with cool water and toss the chopped leeks in as you cut them. They need to be thoroughly rinsed before eating. Those suckers get real dirty as they grow. 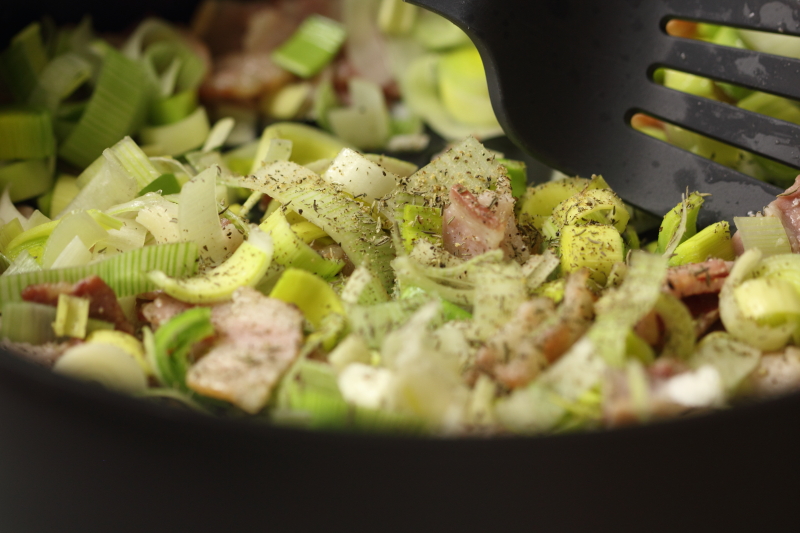 When your bacon is done, you may want to drain off some of the fat. You want to leave a little for the leeks to cook but not much. When you leeks are squeaky clean, dry them with some paper towels and toss them in the skillet with the bacon. Add the garlic, thyme, salt and pepper. Let this cook for about 5 minutes or until the leeks start to sweat. 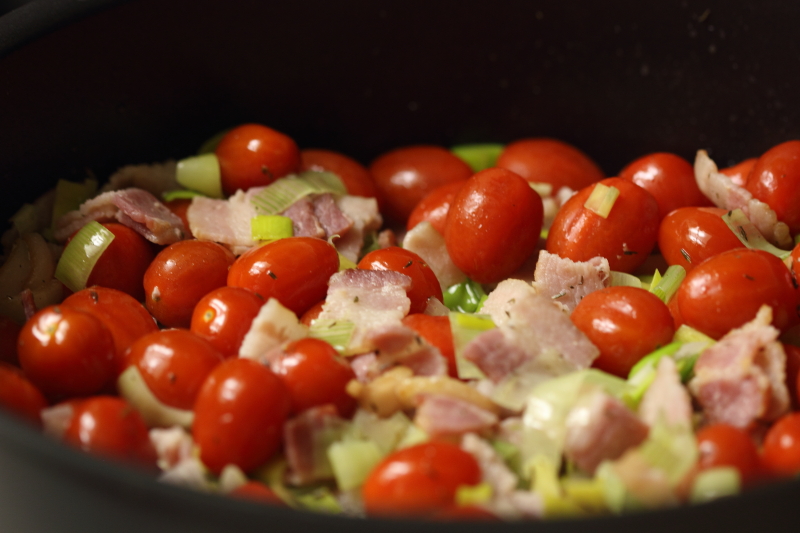 Now the fun part! Add the wine and tomatoes at the same time and cover. Put the temp down to med-low. Don't worry about chopping the tomatoes because eventually they will burst and make your delicious sauce. If you have too much sauce, take the lid off and let it evaporate. If you want more sauce, add some of the pasta water before straining your penne. Toss in the penne and parmesan and enjoy! 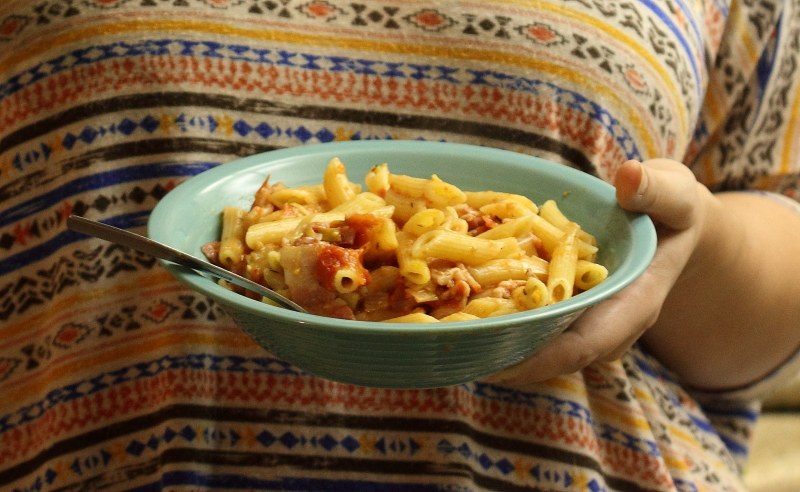 This recipe is so good! Let me know if you try it and what you think. :)