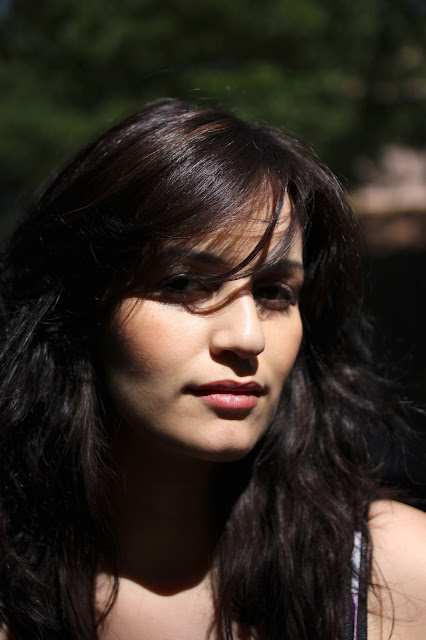 My weekends start on Thursday and I love it. I have a chance to get all my errands taken care of on Friday when everyone else is working. James usually works early and by the time I wake up, Ollie has taken his place in bed. For breakfast, I picked up an egg, potato and bacon sandwich at the Noble Pig. Their food is amazing! I feel so lucky that this little gem is super close to my house and the guys that work there are really nice. I go there so often, they know me by name. They're going to be featured on Diners, Drive-Ins and Dives in a few months. So excited for them! But I better get some more visits in before that happens because they're going to get super busy. I actually stopped by Macy's before I even ate breakfast to do a little shopping. I had to pick up some of the Deep Comfort hand and cuticle cream. It's ridiculous how much I use this stuff. I go through about 4 tubes a year. I also picked up some Different Lipstick in Sweet Honey. I got a different color as a sample a few years back and have never forgotten how amazingly cream this formula is. I'm wearing it in the photo above.

The main reason for my visit was to pick up some sunscreen to wear under my makeup. I'm almost out of my Daily Face Shield from Laura Mercier and wanted to try something new. I kinda floated around the different counters but wasn't finding the right consistency. I finally found the perfect product. Clarin's UV Plus SPF 40 Day Screen. 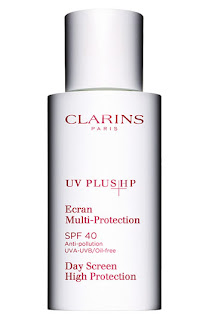 This stuff is awesome. It goes on the skin super smooth and soaks right up to a matte finish with no white cast. I even used it around my eyes. The packaging is very simple but I love it because it's compact and the nozzle is small so it's easy to use a tiny amount. And trust me, a little goes a long way. Plus, it was cheaper than the LM stuff. Sorry Laura. It also comes in 3 different shades but I went with the colorless formula so I can use it on clients.
I met up with my friend Kurt for lunch and we discussed some ideas for our upcoming photo shoot. I'm actually putting together some feather brows at my desk right now. I can't wait to show you guys the photos. It's up to him but I'm sure I'll have them by the end of the week. 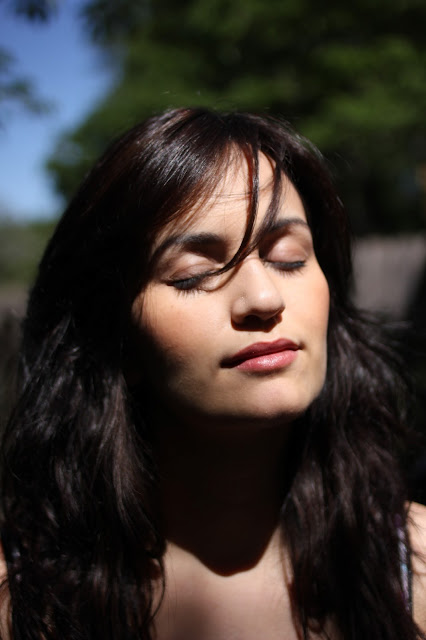 James and I had a really nice Saturday. The weather was glorious. Not a cloud in the sky, a nice breeze and the temperature was perfect. *sigh* I live for days like that. I got up early to set up some pork carnitas in our slow cooker. We found this recipe online and have used it for years. It's delicious. I doubled up on the tomatoes, onions and cilantro because I like to use them as toppings for the tacos and it makes a ton. Seriously, we have so much leftover, we won't have to make dinner for the next two days. Score! We got a little impatient since it's takes over 6 hours to make so we stopped by a Mexican restaurant for some appetizers and drinks. My margarita was pretty damn good and James got a margarona. I've seen these before but never tried them. It was surprisingly good. :D 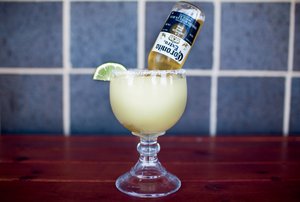 After that we stopped by a bike shop to pick up a new seat for my bike. Long story short, I have a big ass the seat I previously had wasn't cutting it and I could barely sit the day after taking a ride. So I was really excited about getting a huge seat for my mountain bike. I would have bought a mini La-Z-Boy for my bike if possible. I'm all about comfort. I actually grabbed the biggest seat I could find and took a seat to test it out. Haha! So we took a long bike ride around our cute little neighborhood. It was so nice. :) Then we went home and started messing around with our camera in the backyard. We finished the night with some tacos and I watched Midnight Cowboy while James passed out on the sofa. That movie was totally not was I was expecting. I've heard about it many times and when I found out it starred a young Dustin Hoffman I put it at the top of the instant queue. This movie was a trip. Hoffman was great, as usual. And I couldn't get over how much Jon Voight resembled his daughter in this film. I kept getting the title confused with Urban Cowboy and mistakenly thought that this movie was made in 1980 for the first half of it. "Why does this look like the 60's and not the 80's" Haha! Then James pointed out it was actually '69 and suddenly, it all made sense.
Posted by Mandy at 12:40 PM