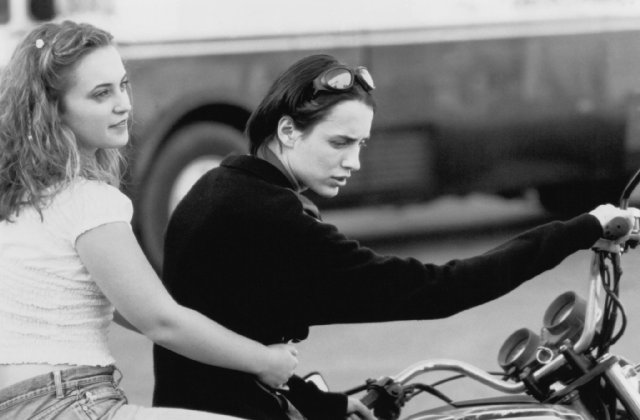 I haven't met too many people that have seen Crime + Punishment in Suburbia (2000). I came across this on a loose VHS is some bargain bin at a book store when I was 16. I thought the title sounded interesting. Turns out, it was the best $2 I ever spent.
Vincent Kartheiser is an amazing actor. This was long before he landed the role of everyone's favorite little shit, Pete Campbell, on Mad Men. Did anyone see him get knocked out on the last episode? I loved it! Aww, poor Pete. He was only 21 when he played the alluring role of Vincent. If ever you had a stalker, this is the type you would want. He was quiet, intelligent, very handsome and all kinds of creepy. You can't really blame him though. Roseanne was popular and totally cute, complete with a wardrobe full of corsets. At first, she's just this poor little rich girl with a douche for a boyfriend but her world falls apart after she gets revenge on her sadistic step-father. 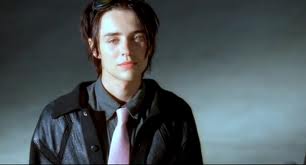 I still don't know if I should be giving too much away on these Cinemanic Monday posts. I just love movies so much and I want to share my favorites with the world and why they're my faves.
Another thing definitely worth mentioning is the music. Very very good soundtrack. Violent Femmes, Meat Puppets, Magnapop, the Toadies, the Pixies, Guided by Voices and Modest Mouse. The lead singer of Modest Mouse, Isaac Brock, composed this movie. That alone should be reason enough to check it out.

My favorite part is the last scene. Vincent whisks her away with the wind in their and the song "Learning to Hunt" by Guided by Voices is perfection. It's just so sweet and beautiful. Let me know if any of you have seen it and what you think. Lucky for everyone, the entire film is on You Tube in 10 parts. Enjoy!

I'm learning to hunt for you"

Have a great week!
All photos and gifs were found on Tumblr.
Posted by Mandy at 1:19 PM