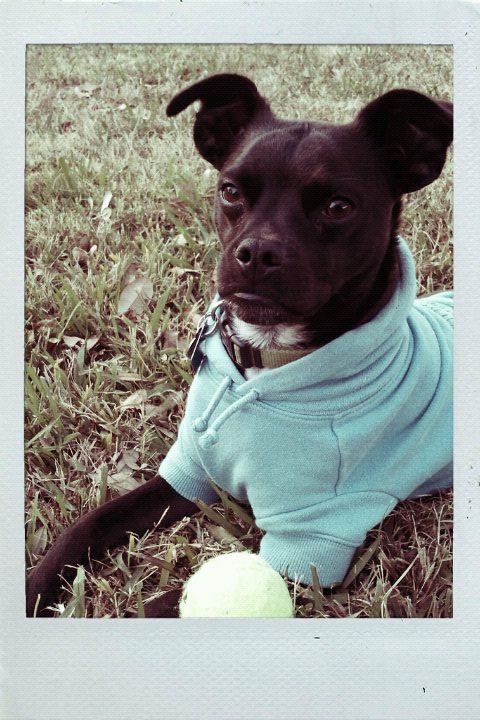 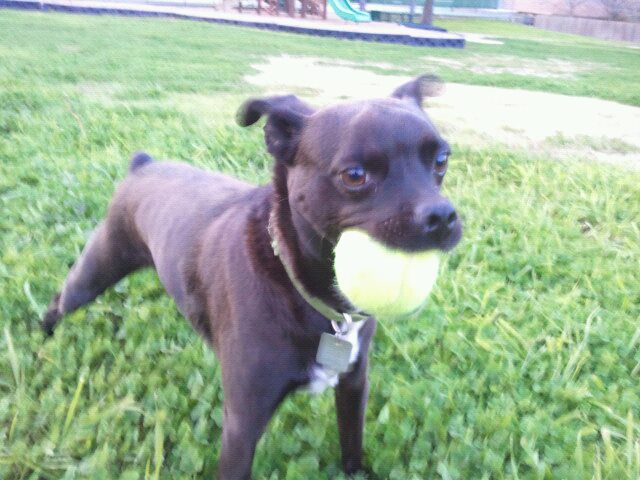 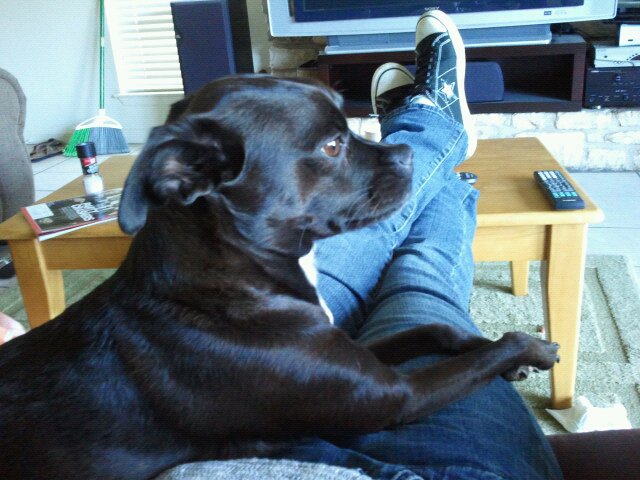 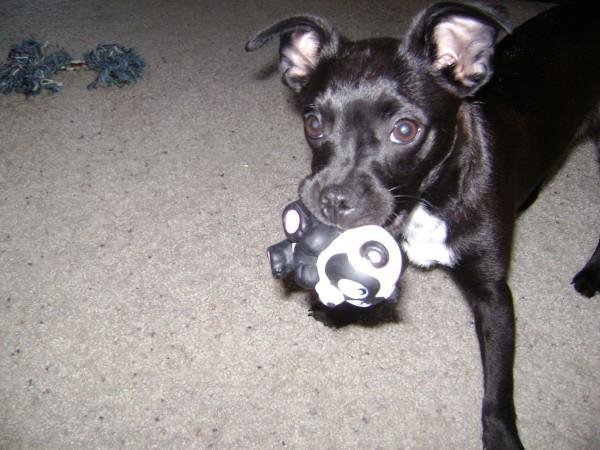 Needless to say, I'm quite obsessed with my dog. He's my baby!!! I searched far and wide for a dog when James and I first moved to Austin and he was definitely worth the wait. He was born to a three legged bitch of a mother and he was always ashamed of this. Haha! Sorry I couldn't resist. He's my little mutt munchkin. He's a Boston Terrier and Toy Poodle mix. I think his mother was the Boston Terrier but I could be mistaken. I don't know if that really makes a difference. I do know that he was born on October 17, 2007. He's older than me now! In dog years... I've looked up this combination and haven't found any dog that looks like him. Bossy Poos?? Haha! That's a horrible name. I was seriously crazy about finding a dog. Poor James. Haha! I first saw his picture on Petfinder.com and I had to meet him ASAP. 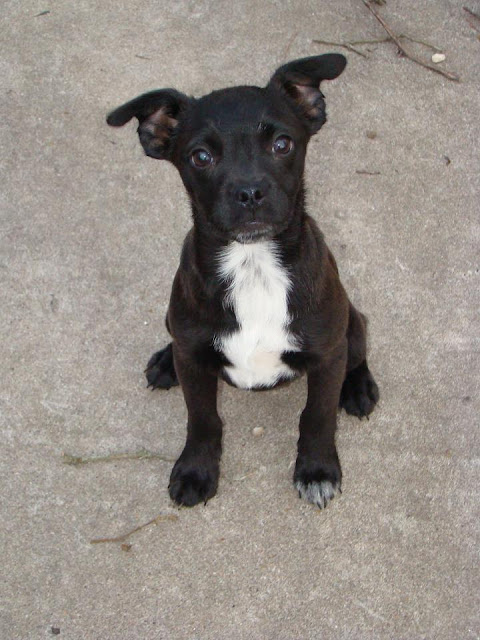 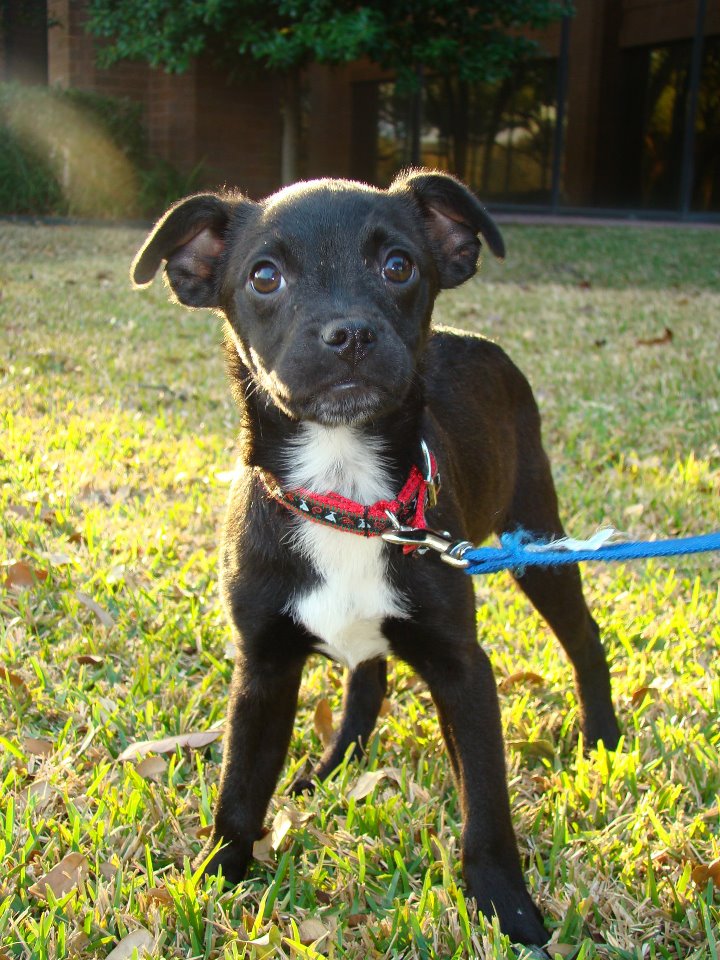 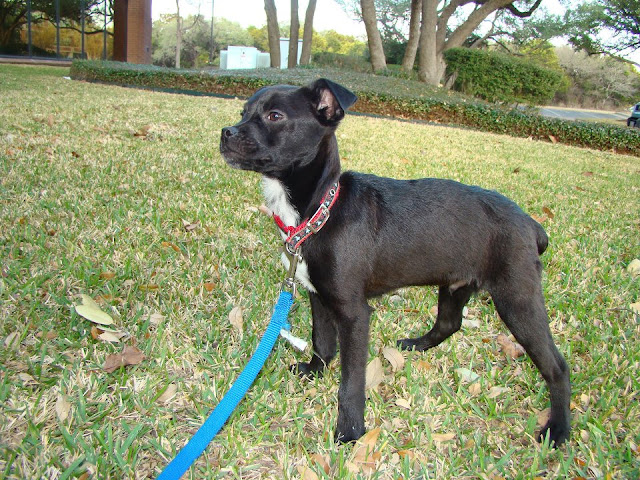 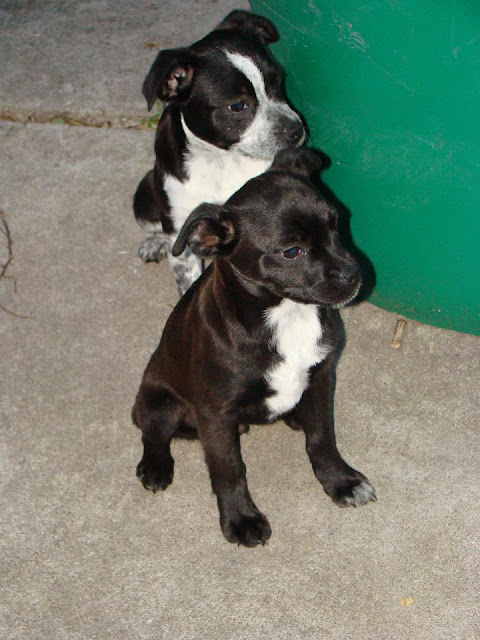 Look how little he was! Isn't he the cutest?? Sorry, I'm just totally gay for this dog. He's the best dog. The last three pictures were posted on the Pet Finder page. His name was originally Les. It was a really long process to adopt him. The organization is called Jack's Fur Angels. They're an all breed non-profit rescue organization that specializes in chihuahuas, Boston terriers and pit bulls. Ollie came from a litter of 9 puppies. Sadly, two died soon after birth. They were kept outside and were very dirty when the rescue group found them. The poor babies all had their tails docked too. Jack's rescued the remaining puppies and successfully adopted them out to great homes. I got in touch with this girl, Dragana, who adopted his brother Sid and we became fast friends. We met up so they could have a play date and she caught this picture. I love it! 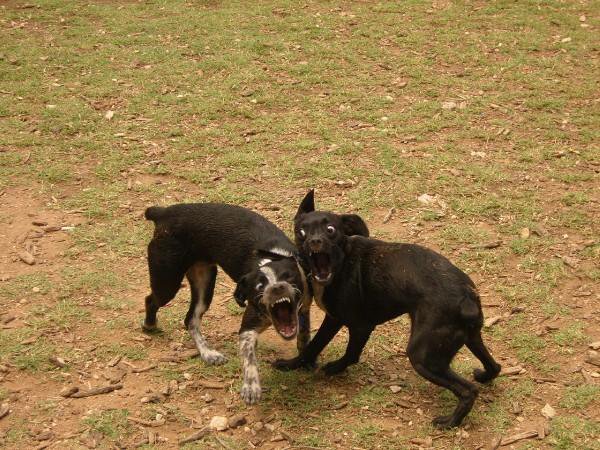 "Another rescue group contacted us yesterday after seeing a sign at their veterinarian's office for Boston Terrier/Poodle mix puppies. She called the number for information and learned that these poor little pups are living outside, even in freezing and rainy weather. There were originally 9 puppies but only 3 still remain -- all males. They were born October 17th and each currently weigh approximately 8-10lbs. Apparently, their Mom (Boston Terrier) and Dad (Toy Poodle) lived in an outdoor kennel run their whole lives and this is the first time they've bred. The husband chopped the puppies tails off shortly after they were born. These puppies have never seen a vet but the owner indicated they all seem to be in good health. There are two black and white short haired and one brindle and white wired haired."