MAC Masterclass: The Art of Contour

I finally got to attend a MAC Masterclass and it was great! I received the class schedule in the mail about 2 months ago and I immediately called the store at North Star Mall in San Antonio to reserve my seat. Sadly, there were no classes scheduled for the Austin store but SA is less than a 2 hour drive so it was definitely worth it.

My guy and I were having a lazy Sunday and headed out around 3pm, made a quick food stop and arrived at the mall with an hour to spare before the 7pm class started. He was so sweet for coming along (I always prefer company for long drives) and he went to some local stores while I was in the class.
The employees there were super nice. As the students came in, they handed out water and these adorable notepads. 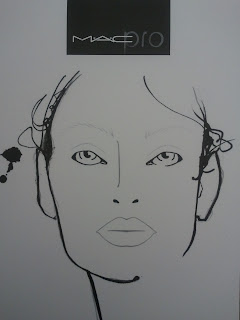 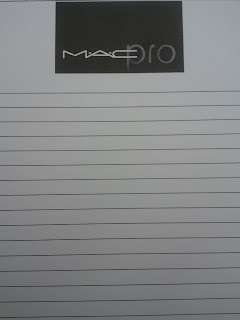 I'm glad I showed up early because the seating space was very limited. I sat 4 rows back which was great for taking photos. Our presenter was Jane McKay and she did a fantastic job. At the end of this post, I'll copy/paste her bio from the MAC Pro website. 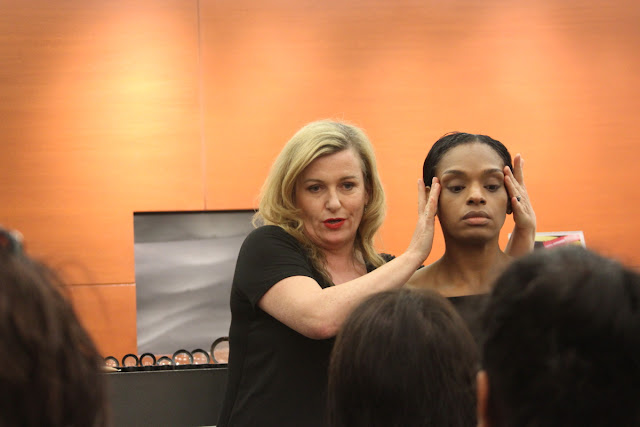 I can't remember the model's name but she was gorgeous. She had excellent bone structure which sort of defeated the purpose of the class. She didn't really need to do that much contouring, but she did do a lot of highlighting on the model. I took A LOT of notes so I'll try to get them in order and list the products she used and why.

Fix + was misted all over the face and neck. I love this product. I'll use this if someone looks too powdery or if makeup needs refreshing after a few hours. It's also a great moisturizer. Especially for men because most of the time, they prefer a water based moisturizer over a cream based one.
Fast Response Eye Cream was patted around the eye area with her ring finger. Use a patting motion so you don't pull or tug on the skin. This is a very delicate area and the skin is very thin. Jane praised this product and said it was a must for everyone's kit. It especially works great to reduce puffy eyes because it contains caffeine.
Strobe Cream mixed with Iridescent loose powder in Golden Bronze. The strobe cream can be used by itself with fair to medium skin but it's best to mix it with an iridescent powder or foundation when used on darker skin tones.
Studio Sculpt is definitely her foundation of choice. "Get this for your kit. You won't regret it. Get the lightest, middle and darkest shades in both NC and NW". She used NC45 all over the model's face with a 190 foundation brush.
Mineralize Concealer in NW35
Studio Fix Powder in NC45 was applied only in that needed some extra color with a 224 blending brush.

The model already had a great natural shade to her eyelids and since Jane was going to start by using a gel based liner, she said there was no need for a primer.
Fluidline in Dipdown was used on the lid with a 242 shader brush. She then placed Blitz & Glitz on the outer corners with a 266 angle brush and blended the color with a 219 pencil brush.
With another 266 angle brush, she applied eye shadow in Mystery on the bottom plane of the eyebrows. Again, the model really had amazing features and Jane only wanted to make the eyebrows a bit more prominent.
Eye Shadow in Era was used as a highlight under the brow and Woodwinked was lightly dusted on the lid for a very nice gold shimmer. At the very end of the application, she went back with Golden Bronze to highlight under the brows.
Jane went back with Blitz & Glitz to line the upper lid. She advised to drag and lift at the outer edge of the eye to create a nice tapered look with the liner. She lined the bottom waterline with Eye Kohl in Powersurge.
The #7 Lash was applied with Duo Adhesive. I was doing makeup for a wedding this past Saturday and discovered that my Duo's cap had split. Before the class, I stopped by Sephora and bought the 0.5 oz dark tone. I've only used the 0.25 oz tubes before so of course I thought twice as much product for only a couple dollars more was a better deal, but I was disappointed to find the opening on the 0.5 oz tube was almost twice as large as the 0.25 tube. Personally, I apply the product directly from the tube onto the false lash track so this is going to be a problem with the larger opening. The instructions from the box suggest using a toothpick to apply the product. I'm probably just going to return the tube I bought because it seems like too much hassle to pack more items in my kit and the application will take longer.

I really liked this next step Jane did on the model. She used a 275 angled shading brush with Carbon to shade in the models hairline. She said this was good trick to fill in those annoying baby hairs so they don't look very obvious. The model looked at herself and was really really happy with the results. Jane name dropped Michael Keaton and said she used Espresso to fill in his hair line for Sundance one year. I definitely have the curse of the baby hairs and will be testing this trick soon.
Using a 168 angled contour brush, Jane lightly applied Powder Blush in Blunt in the hollows of the cheeks. The model was naturally contoured so she mainly used this color as a base for Raizin. The model's upper lip was already a great natural color so Jane patted on some Lip Conditioner in Soothing Beige to match and then added some Lustreglass in Ornamental to top it all off.

Random Tips and Tricks from Jane

Light reflective moisturizer can take the place of a foundation, good for older skin. Use very little powder with a small brush for problem areas. You don't need to apply it all over the face. When applying makeup to others, look at the results from a distance periodically. It can look much different when you're starring at it from close range. If you have (or a client has) a scar through the brow, it's best to use a wax based pencil, such as MAC's mechanical eye brow pencils. This type of fomula will show up on scar tissue and have lasting effects much better than powder. She found that using a color darker than the skin under the eyes works very well for Indian and Middle Eastern skin tones. Using the same color as the skin may cause it to become ashy. Most dark circles can be corrected with  orange. When applying eyeliner on another person, have them just look downward instead of closing their eyes completely which causes wrinkles on the lid. And when applying color to the crease of the eyelid, have the client look forward. This way, you will see exactly where the product is placed when they have their eyes closed and open. She briefly mentioned the new Matchmaster Foundation. The formula consists of half colored pigments and half clear pigments. The effect being that the skin tone will still show through, giving a much more natural look. I have yet to use this product yet. I'll be sure to give a review when I do. I just placed a huge order at the beginning of the week and I can't wait to post about those products. Stay tuned. :) 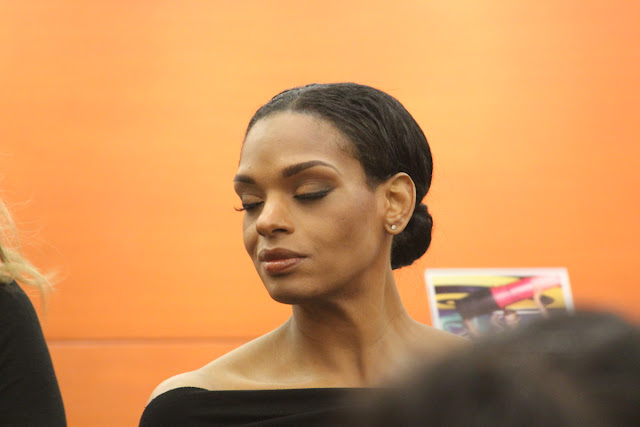 Jane McKay lives in Toronto and has been doing makeup since 1978! That's pretty impressive. The picture and info is copy/pasted from the MAC Pro website. 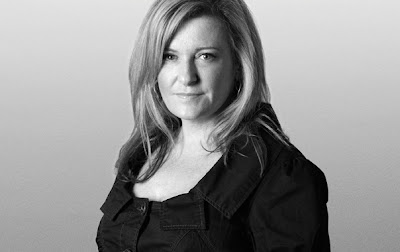 ON THE ART OF MAKEUP

Make up may make you feel empowered. If you feel better about how you look, you will project the image to the world with conviction.
CREATIVE INFLUENCE
My child and husband (both Artists), extended family (more Artists), my co workers (more Artists), nature, sports, community, arts, laughter, gardening, TV, magazines, internet, movies, etc.
MOST IMPORTANT TOOL
Hands and eyes.
FAVOURITE M·A·C PRODUCT
Face and Body Mixing Medium.
FAVOURITE FEATURE
Skin. It is the largest organ and it reflects your overall health and well being. It is now SO easy to create glowing, youthful skin through innovative skin care and make up.
MOST ADMIRED MAKEUP ARTIST
Kabuki, Mathu Anderson, James Kaliardos, Terry Barber, Val Garland, Tom Pecheux, Pat McGrath
MOST RESPECTED DESIGNERS
D2Squared, Zac Posen, Joh Richmond, Alexander McQueen, Jean Paul Gaultier, LuLu Lemon.
I hope this post was helpful to those who are interested in MAC Masterclasses, MAC Cosmetics and makeup in general. Please comment if you have any questions and I'll be happy to answer.

All product pictures were sourced from the MAC website.
Posted by Mandy at 12:05 PM