From Wahoo's, with love 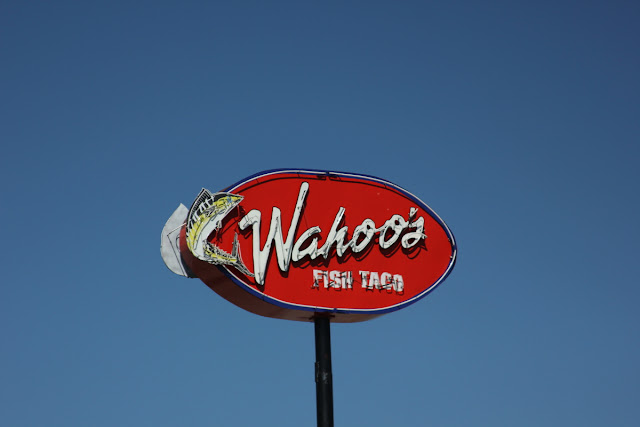 James and I have been massive Wahoo's fans for quite some. Being a California native, James has been a fan much longer than me. He showed me the Light on my first visit to see him back in 2007. "The Wahoo's story began in 1988, when the three Wahoo's brothers, Wing, Ed and Mingo, combined their love of surf and food to create a restaurant with an eclectic Mexican/Brazilian/Asian menu and a Hawaiian north-shore vibe." The food is fresh, never too filling and always satisfying. We used to eat at the Lake Forest location during the 3 months I lived in CA with James and were both very excited to learn there was one in Austin after we moved here. We now frequent both locations on Rio Grande and South Congress.
Since surfing is pretty much nonexistent in downtown Austin, the locations have both taken on this land surfing vibe as they're very popular with the skateboarding community. See the walls? They're plastered with all kinds of interesting stickers. Free advertisement for all!
I think it was a couple of months ago when we first thought we saw a Wahoo's sign off IH 35 between New Braunfels and San Marcos. It was so in the middle of nowhere, I put it out of my mind. Then, this past Sunday on our way down to San Antonio, we saw the sign again, decided to become hungry and pulled over to check it out. 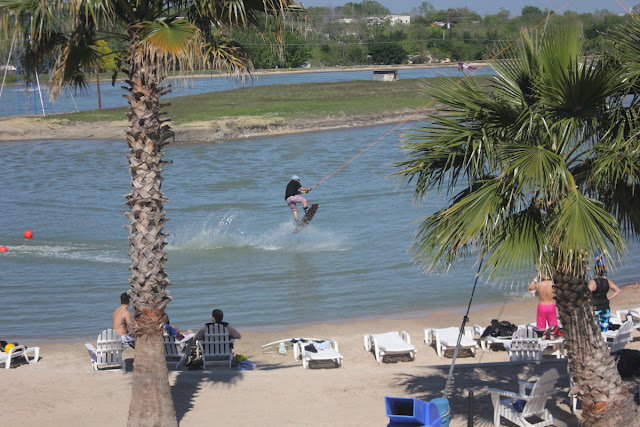 Fittingly located at the Texas Ski Ranch, we parked and took the short boardwalk route along the side of building to a surprise on the other side. A beach? Palm trees? Water?! From the highway it looked like a water sport shop. This place was awesome! We ordered the usual regular Maui bowl for James with black beans and white rice. And the flame broiled fish taco combo with black beans and white rice for me. 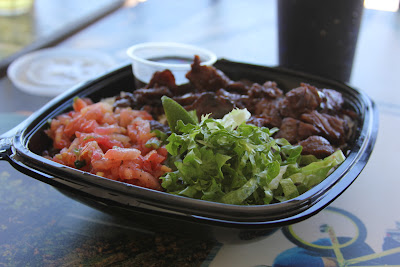 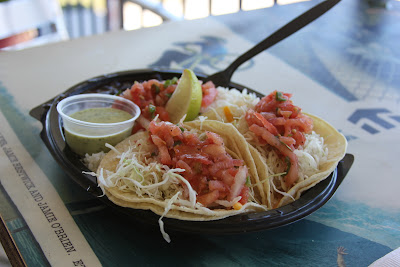 We sat on the patio and had a great view of all the fun. 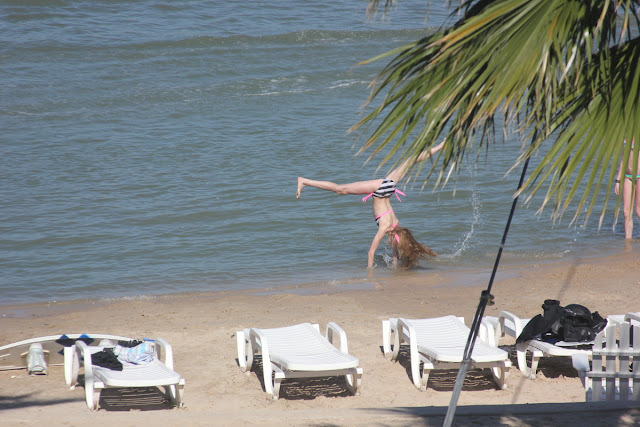 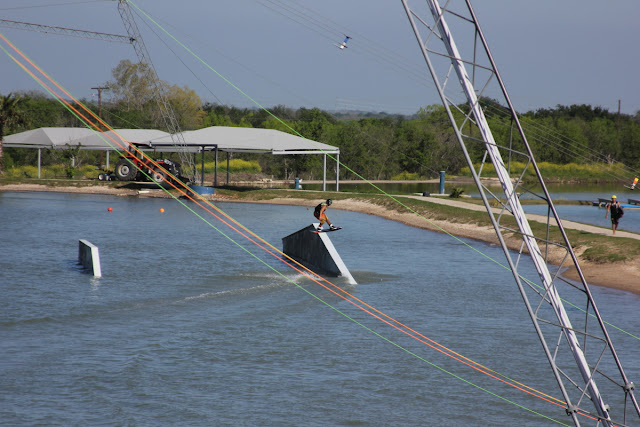 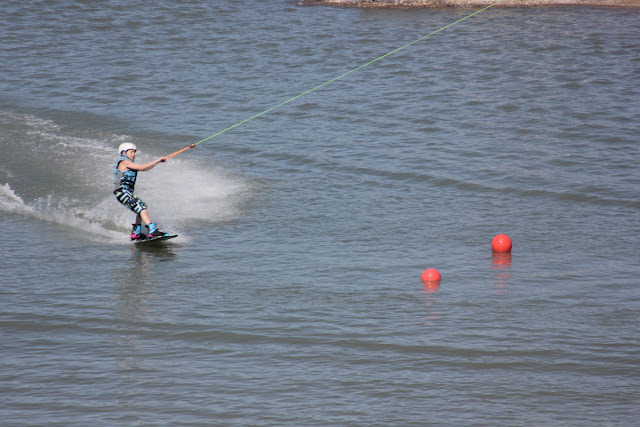 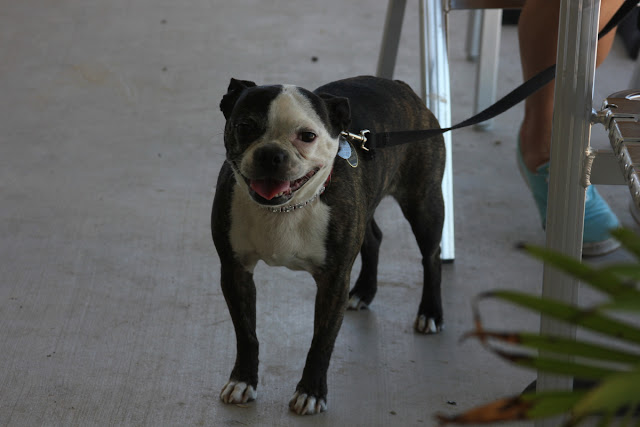 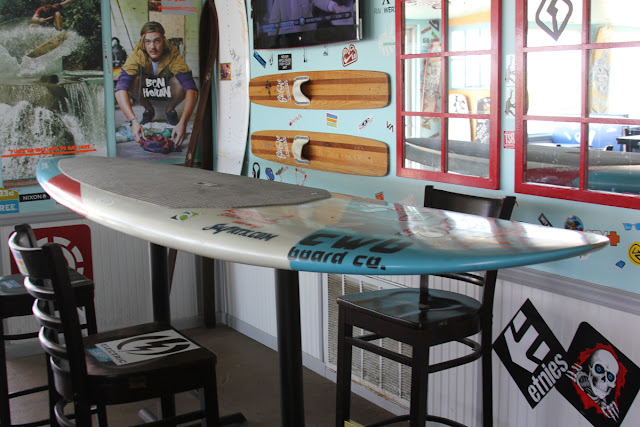 This was definitely the most entertaining Wahoo's I have ever been to. Everyone was so nice and having a great time. I can't wait to go back and check out the cableways again. It looked like so much fun, I might join in next time.
Posted by Mandy at 10:33 AM