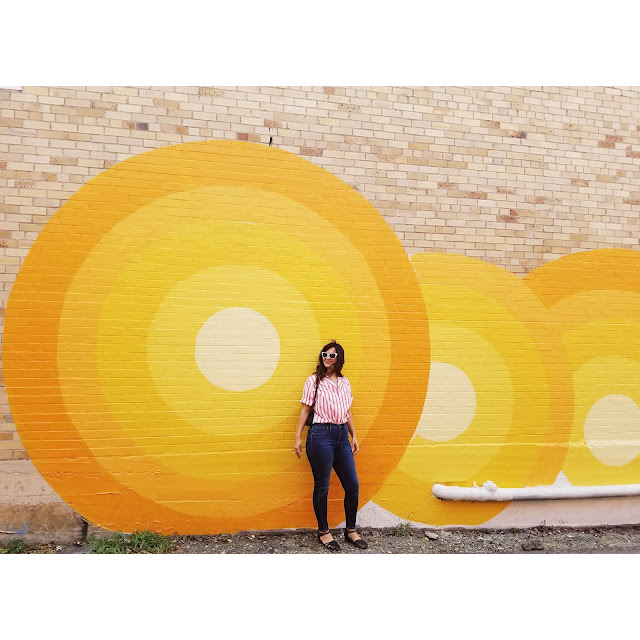 Happy New Year! It's been nice here in Austin thus far. It snowed on NYE. James and I stayed home with a bottle of champagne and sat by the fire. I wanted to go see the inevitable fireworks our neighbors were about to set off so I went search in a mostly unused closet for a giant coat for James to wear. I found probably his oldest piece of clothing which was this giant aqua winter coat that looked like it was straight out of an 80's catalog and matched it with a chunky sweater that belonged to his grandfather. I made him pose for a photo by the fireplace with a cheesy grin like some ski novice frat boy on vacation in Aspen. We headed out into the darkness and walked down the street as the fireworks exploded overhead. It was a good start to 2018. 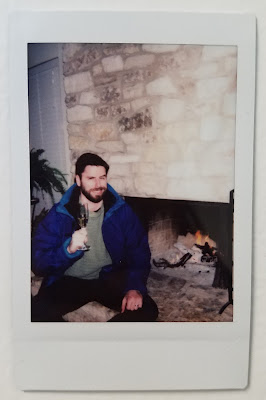 We usually take a mini vacation in January because James job is so stressful during the holidays we don't really want to wait till spring. My nephew Ethan just moved to New Orleans last month and I wasted no time making plans to see him and one of my favorite places ever. I looked back at one of my favorite blog posts Haunted City and the nostalgia hit me hard. We saw so much on that visit (our first of two) and it was so short! We got in late after a full day of traveling from Orlando, got dinner near our Airbnb, went to bed and then drove around the Garden District and French Quarter for a few hours the next morning.
We went again in 2015, this time for a bit longer with some girlfriends of mine. This was when I felt I really got to know the city. We got a place right on St Charles with a streetcar stop practically right outside our door. It felt different because I felt different. So much more energy. So much more time. We ran around the Garden District and finally got to stroll through Lafayette Cemetery, browsed at a antique shop on Magazine and got gelato and macarons at Sucre. Ate ALL the oysters everywhere and got drunk on Bourbon street while I stupidly left my friends to follow my favorite funk songs into random bars to dance. It should be noted, I was not that drunk to let James stay downtown by himself while the rest of us went back to our room. That trip was so great. I remember all the people being so nice. The locals were helpful with directions and everyone was so happy. I can't wait to go back.
Posted by Mandy at 8:07 AM No comments:

I was getting ready for work this morning and found James in the hallway, looking somber. I hugged him, "what's wrong baby?". He said he just found out Chris Cornell died. At first, the name didn't register in my brain because the I only think of elderly people dying suddenly. People that I haven't admired for 20+ years. People that aren't my husband's greatest influence and #1 idol. I'm about to cry again just typing this. How awful. He was only 52, a husband, father, an icon. I'm hurting for James so much. He looked shocked this morning. He admires him so much and suddenly he's gone. We'll never know the art he had yet created.

I get to work and I'm looking up my old blog post from four years ago when we saw Soundgarden in concert. Admiring that beautiful man in those photos again. I start scrolling. Reading comments. Next post. This one is a funny one. More comments. I'm smiling now. Has it really been two years since my last post? I can't even blame it on being busy. I just stopped. No idea why. I really miss it though. I miss this community. The creativity spilling out of fingers. I've met so many incredible people through this platform. I see a comment from a friend who passed away last year. Tears again. Life sure is a son of a bitch.


Seize the day. Pull the trigger. Drop the blade.
One more time around.
Posted by Mandy at 7:32 AM 1 comment: